Things to do in our area / GREECE

NAFPAKTOS (15 km) : The nearest town, filled with natural beauty, one of the most beautiful places in Greece . Sightseeing the old castle, which extends from the famous harbour of Nafpaktos till the top of a hill. Visit the towns’ museum. Coffee houses and restaurants at the seaside offer unique recreation. Nafpaktos is a complete organized state and its services (banks, means of transport, health centre, market) satisfy every visitor’s demands. 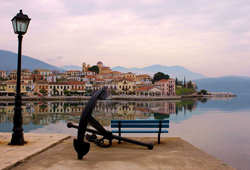 (within 40 minutes): Old town with old history. Visit the church of St. Nicholas with the wondrous Temple, the Maritime Museum and folklore museums Galaxidi  is a coastal town with 1,718 residents Parnassidas of county Phocis, seat of the municipality. Located on the northern  coast of the Corinthian Gulf and specifically on the west side of the Gulf of Itea. It is well known for shipping that had developed in the previous century. 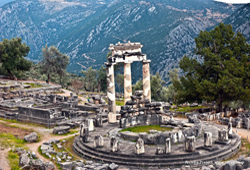 DELPHI (1 hour distance) : The center-omphalos of earth, according to Ancient Greek. Visit the Temple of Apolonas , the Stadium, the Oracle of Delphi and the Museum. κόσμου. 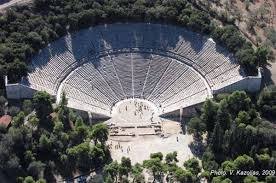 The ancient theater of Epidaurus was built between 340 BC and 330 BC from the Argive architect Polykleitos the Younger as Pausanias. The theater was built for entertaining patients Asclepius but also as a means of treatment as it was believed that the theater monitoring had beneficial effects on mental and physical health of patients. The ancient theater had a capacity of 15,000 spectators. Divided into two parts (tiers): the top tier of 21 rows of seats for the people and down from 34 rows, for the priests and rulers. The theater is made of porous stone which absorbs sound like the human body. 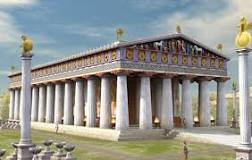 The Olympia, was the most celebrated sanctuary of ancient Greece dedicated to Zeus, father of gods and men. It was the venue of the Olympic Games which were held in the context of the Olympians, the most important feast of the Greeks during most of antiquity. Similar celebrations were the Pythian Games which were organized in honor of Apollo at Delphi, Isthmia, in honor of Poseidon at the Isthmus of Corinth and Nemea, also in honor of Zeus in the temple of Nemea.
In Olympia, in the majestic temple of God, was the gold and ivory statue of Zeus by Pheidias, which was known in ancient times as one of the seven wonders of the world. The origin of the Olympic Games are located in 776 BC and was held every four years.

RAFTING IN THE RIVER ARACHTHOS

RAFTING IN THE RIVER ARACHTHOS An easy route rafting ideal for beginners. But the path is continuous waves, strong turns and passes 2nd-3rd grade. It starts from the Politsa Bridge in Ampelochori and ends at the bridge of Plaka (Accidentally collapsed on feb 01, 2015 due to bad weather flooding), crossing the most beautiful part of the river. Halfway Pauses the rafting and you stop for a swim under the waterfall of Klifkis.

The entrance to the narrow gorge of Arachthos is impressive with vertical cliffs 700m. On the route of rafting encounter springs gushing from rock crevices, waterfalls running from above the river and rare bird species nesting in the distant cliffs of the gorge. At the exit of the gorge until feb  2015 was standing the tallest arch bridge of Greece, the bridge of Plaka.

The Hosios Loukas Monastery is situated in the western foothills of Mount Helikon below the acropolis of the ancient town of Steiri, near the village of Stiri, Viotia. It is one of the most important monuments of Middle Byzantine art and architecture and is included in the list of UNESCO World Heritage together with the other two surviving monasteries of the Middle Byzantine period in Greece, the New Monastery and the Monastery of Daphni. Saint Luke is however higher and varies from Dafni and New Monastery that is dedicated to a single Saint, Saint Luke the Steirioti (July 29 896-7 February 953). 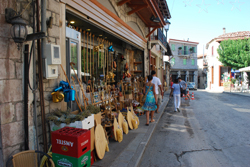 Arachova is a mountainous small town of Viotia built on the southern slopes of Mount Parnassos at an altitude of 968 meters. Its population according to 2011 census is 2,657 inhabitants. It is a popular winter resort, thanks to the existence of the ski resort (which last extended and renovated) and the short distance from Athens. 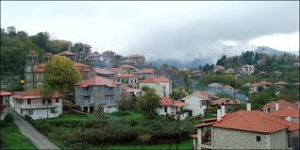 Ano Hora is, perhaps, the reference point for mountain Nafpaktia. He managed to become an enviable location, bringing together Mountainous Nafpaktia thanks to its natural beauty and sensitivity of the inhabitants of that allowed in the traditional color of the village to stay unchanged. 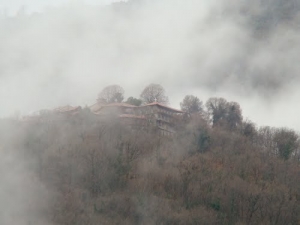 The Monastery of Panagia Varnakova, Byzantine monastery of legends and traditions, founded in 1077 AD from “Karyes” Blessed Arsenius, is the fifth oldest monasteries in Greece. Varnakova was the stronghold of Orthodoxy and Hellenism (national consciousness, language, traditions) in the years of the Latins influenced West Greece and mainly during the Frankish the wider region and the “breakwater” of Hellenism Catholics drawings, religious belonging then the Pope of Rome.

The monastery is located on the southwestern tip of the prefecture of Phocis, in the Municipality Efpalio, 30 kilometers northeast of Lepanto, the old street Lidoriki. It is built on a small hill at an altitude of 800 meters, surrounded by dense forest of oak and chestnut trees, with rich views of the mountainous Nafpaktia and Doris. 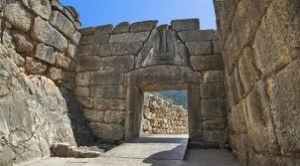 Mycenae is an archaeological site in Greece located about 90 kilometers (56 miles) southwest of Athens, in the north-eastern Peloponnese. Argos  is 11 kilometers (7 miles) to the south; Corinth, 48 kilometers (30 miles) to the north. From the hill on which the palace was located, one can see across the Argolid to the Saronic Gulf..

In the second millennium BC, Mycenae was one of the major centres of Greek civilization, a military stronghold which dominated much of southern Greece. The period of Greek history from about 1600 BC to about 1100 BC is called Mycenaean in reference to Mycenae. At its peak in 1350 BC, the citadel and lower town had a population of 30,000 and an area of 32 hectares. 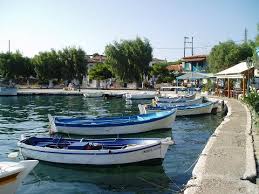 The hidden paradise of Phocis is worth a visit. The tranquility, good food, clean sea, the beautiful walks hiding here in Crickets islets. It is the cluster of three islands of which only one is inhabitable. It include the islands Crickets, Prasoudi, St. John and planemos. 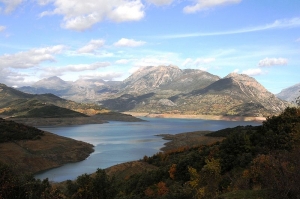 Lake Mornos is an artificial lake which was built to meet the needs for the supply of Athens. Created in 1979 with construction of a dam on the River Mornos. The total area of the lake, which corresponds to the average level, is approximately 15,500 acres and is the ninth largest artificial lake in Greece. Located in the center of the prefecture of Phocis and covers the waters of a basin west of Lidoriki that existed between Giona mountains and Vardousia. Collects water not only from the Mornos and its tributaries, and the lake of Evinos, through a tunnel that was built for this purpose.

Projects for the creation of the lake were between 1972-1979 and the lake came into use in 1981. The establishment of the constructed dam of 125 meters (the 7th highest in Greece), with a total volume of 17 mil. Cubic meters evacuated village Kallio, transferred to another location on the banks of the lake. In times of drought, when the lake level is lowered, revealed houses of the old town. The Mornos aqueduct that carries water of the lake in Attica, is one of the biggest in Europe with a total length of 188 km. The path constructed 15 tunnels with a total length of 71 km.